In order to invest in an area effectively, Local Authorities and businesses need to be able to predict accurately where infrastructure investments are needed in our cities, towns and more rurally. With the population of London alone on course to grow to 13 million by the year 2050, budgets for developments need to be focussed on the facilities, and locations in which they will be the most effective. As it is too late to make these improvements once large-scale changes in the population have already occurred, accurate methods of predicting population changes are necessary to facilitate future planning nationwide.

A model for predicting these population changes, SPENSER (Synthetic Population Estimation and Scenario Projection Model) aims to become a key player in the world of infrastructure planning. Developed at the University of Leeds by Andrew Smith and Nik Lomax, this model provides a collection of tools for the modelling of the UK population on both Local Authority and national levels, not only in terms of future growth, but also in terms of projected migration and household structure. New infrastructure investment in an area, however, historically has also been a magnet for internal migration. It stands to reason that if an area has more or better facilities leading to increased jobs and housing, then more people are likely to move there. In order to take this effect into account, there is a component in the SPENSER model (SIMIM – Spatial Interaction Models of Internal Migrations) which predicts internal migration driven by large-scale new infrastructure investments.

What are the benefits of using DAFNI?

Following development, SIMIM required a time-consuming installation process and technical expertise to be able to use it. To overcome this, hosting the model on the DAFNI platform has allowed for easy remote access, without the need to install any software on the client side, via a new web-based User Interface (UI). The UI allows non-experts to easily load pre-defined scenarios, run the simulation and then view the resulting population changes. Thereafter, it allows for more detailed comparison of results through web based visualisation. To explore simulations in greater depth, it users can also experiment with and manipulate scenarios to their own requirements, thus being able to look at a wider range of situations. 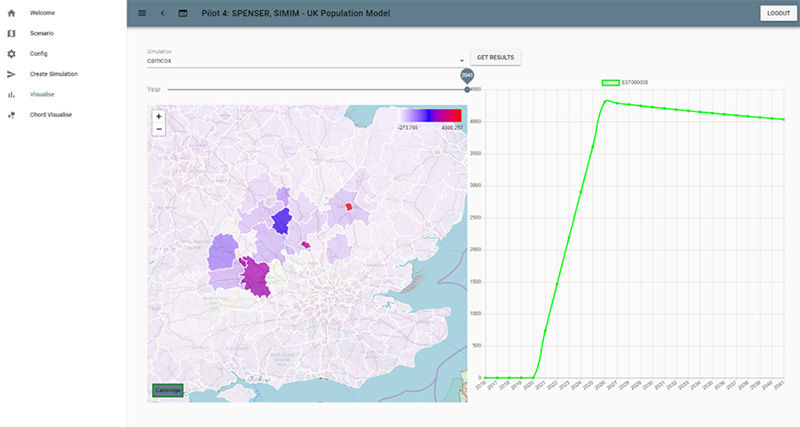 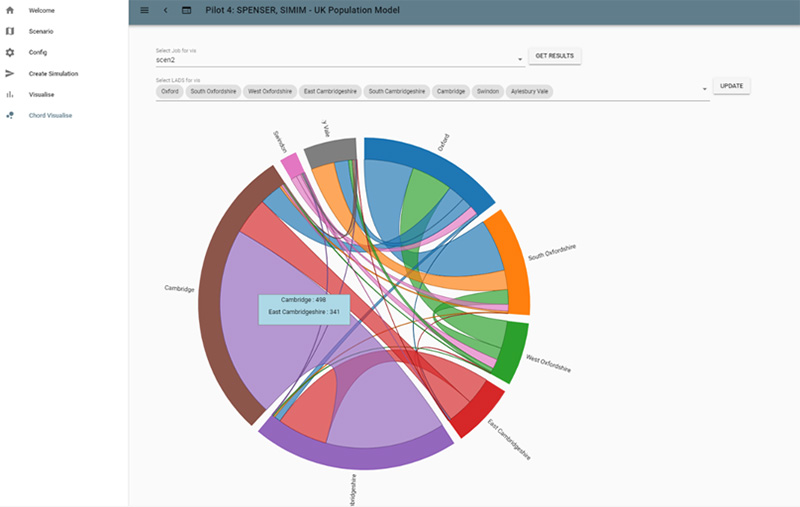 One of the main advantages of implementing the model on DAFNI is arguably the significant improvement in run-time. One of the components within SPENSER (Microsimulation) is used to estimate population details down to the household level. It is no surprise that a nationwide simulation detailing occupancy of individual dwellings would take a vast amount of processing power, and consequently a long time to run. Current DAFNI hardware has facilitated the run time to be cut by approximately two thirds.

Within SPENSER there are several components which map population changes in different ways. DAFNI’s interface can run a number of different migration-based models with results saved into a database. With this integration capability, there is potential for these models to interlink with other models on DAFNI (for example, the Station Demand Model in order to produce a highly accurate and detailed picture of infrastructure needs, and thus influence where investment is ultimately spent.

The link will open a PDF document 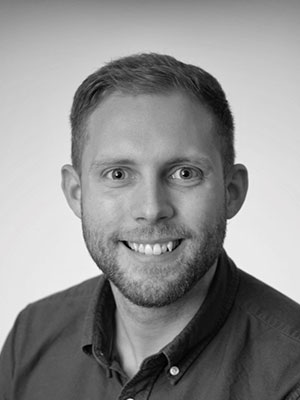 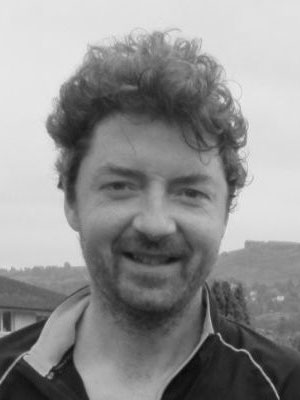